Beware of the Boxers 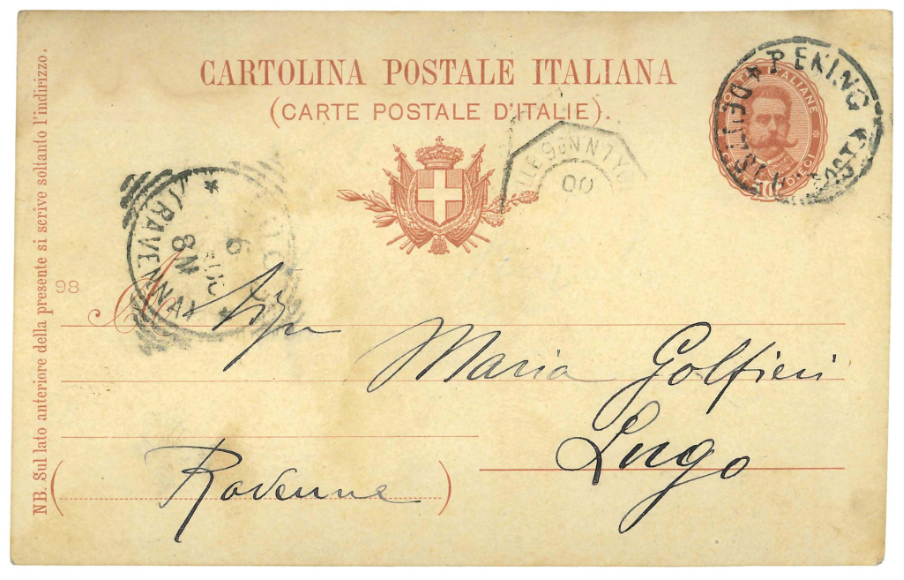 We take a closer look at one particular cover which is part of a collection that studies the Italian Post Office in China during the period 1800 and 1900. This assemblage exhibits many rare usages and frankings, but also a unique cover that travelled across two foreign post offices in China during a bloody historical episode at the end of the Qing dynasty……

The Boxer Rebellion is a civil war that occurred during 1899 to 1901 in China, and was an uprising against foreign influence and included attacks and murders of Christian missionaries and Chinese Christians. This all happened towards the end of the Qing dynasty, and was perpetrated by the Militia United in Righteousness (Yìhéquán), who were known as “Boxers” because of their use of Chinese martial arts, which was often referred to at the time as Chinese Boxing. It is estimated that the Boxers were a 300,000 strong army, and more than 32,000 missionaries and christians were slaughtered, and in total the rebellion accounted for around 100,000 deaths. Like many of these types of episodes they are gruesome and this one is especially so when you realise that the Boxers wielded swords and spears and were possessed with an almost supernatural strength and agility. Whereas a lot of their victims were either unarmed or certainly not as well trained in close combat techniques.  Now as you might expect, when reports of missionaries from nations who were active in the area heard of their citizens being murdered they took offence and sent their armed forces to defend and deal with what they saw as the enemy. This meant that eight nations, including; Russia, Germany, Great Britain, Italy, Austria-Hungary, France, Japan and the USA, came together to form a force, known as the Eight Nation-Alliance, which ultimately resulted in an allied victory and the signing of what is known as the Boxer Protocol. This was signed in September 1901, between the Eight-Nation Alliance, and additionally Belgium, Spain, and the Netherlands, with the Qing Empire of China. As any postal historian will tell you, covers into or out of the regions affected by this rebellion are rare. In particular you’d do well to see an Italian postal stationery card sent from the Italian Post Office in China during 1900 at the peak of the Boxer Rebellion, with an Italian frankings but which was accepted by the German Post Office in China in order to forward Italian military mail. And the featured cover is precisely that, and is part of the Valter Astolfi exhibit titled; ITALY: Italian Post Office in China 1800 to 1900.   It’s a delightful example of what appears to be an unassuming card, until you realise the significance of when it was sent and the political backdrop and the presence of both the Italian and the German post offices in China, during what was a volatile and dangerous period for anyone that was identified as a foreigner or christian. It was quite literally ‘beware of the Boxers’ for those working in the post offices.

Of course this is just one example from this 103 page exhibit, which also covers a much earlier period in the life of foreign influence in this region, and the activities of the Italian post office in China, which can be enjoyed without the fear of meeting any boxers, by visiting the collection here.

Note: The Valter Astolfi collection, which includes this particular set of covers, among other material is being sold by David Feldman SA with the first part of this extensive sale being at their June 2021 auction. More details can be obtained from their website.