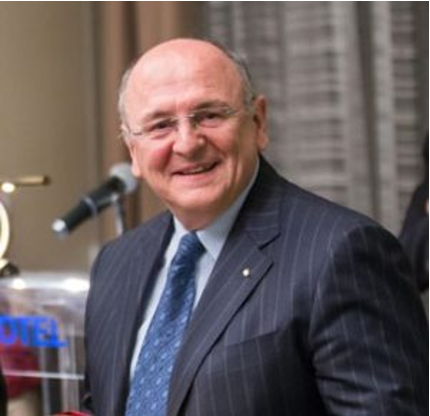 If you were told that an Italian dentist holds the crown for the world’s largest collection of human teeth you might be a bit surprised, or at least curious. This unusual fact is made even more pronounced when you learn that the dentist in question accumulated over two million teeth, which he’d extracted whilst fulfilling his calling as a dentist. We say ‘calling’ because the chap in question, Giovanni Orsenigo (1837–1904)*, was an Italian monk, who turned dentist, and is credited with this formidable feat and no matter how you view this achievement he certainly must have been a dedicated dentist, as well as a conscientious collector.

The reality is that dentistry has come on substantially since those days and as well as knowledge and technology, there is less extraction and more prevention and care going on today. One gentleman who would know this better than anyone is also an Italian distinguished dentist, and was the professor of Odontology in the Turin University (1993 to 2005), Dr Vittorio Morani (1955), who is also a decorated philatelist that has three International Grand Prix crowns and four large gold medals, accumulated in just the last six years, for his exhibit on the postal history of Tuscany – which has recently been added to the Museum of Philately – a 128 page exhibit set out on 64 double pages.

Of course the attentive reader will notice that we have drawn a correlation between the admirable and surgical occupation of dentistry with extraordinary accomplishments in collecting, albeit teeth and postal material have no parallels. Admittedly our two Italians whilst sharing a profession, and international recognition, as well as birthplace, the similarities begin to thin out because Dr Morani, having studied his area of collecting for over 20 years, has co-authored and published a book about his area of expertise titled, ‘1851- 1862 The Postal History of Tuscany’, and he has taken his elite assemblage around the world, sharing his passion and knowledge of this fascinating period in the history of Italy. This magnanimity has earned Dr Morani, ‘The Tilleard Medal’, in 2019, for the display he gave the Royal Philatelic Society London (RPSL), in 2018. And along the same lines, in order to win the Grand Prix and Large Gold awards mentioned above, Dr Morani has taken his Tuscany exhibit to the USA, Greece, Finland, Brazil, Israel and Bulgaria. Quite an impressive list, and most recently he returned to Athens in November 2021 to be awarded the ‘Grand Prix De La Classe Des Champions’.

And as well as being a Fellow of the RPSL, Dr Morani is a member of The European Academy of Philately, and the prestigious Club de Monte-Carlo, which you’ll appreciate takes in even more globe trotting. So, if you were told an Italian professor of Odontology, and qualified dentist, has seven crowns, and were not privy to the knowledge we have shared surrounding his postal history of Tuscany, you might be forgiven for being a bit surprised. Fortunately, unlike the tooth collecting monk, our Italian philatelist has a rather more polished résumé when it comes to his collecting achievements, and is one of the great philatelists of the 21st century.